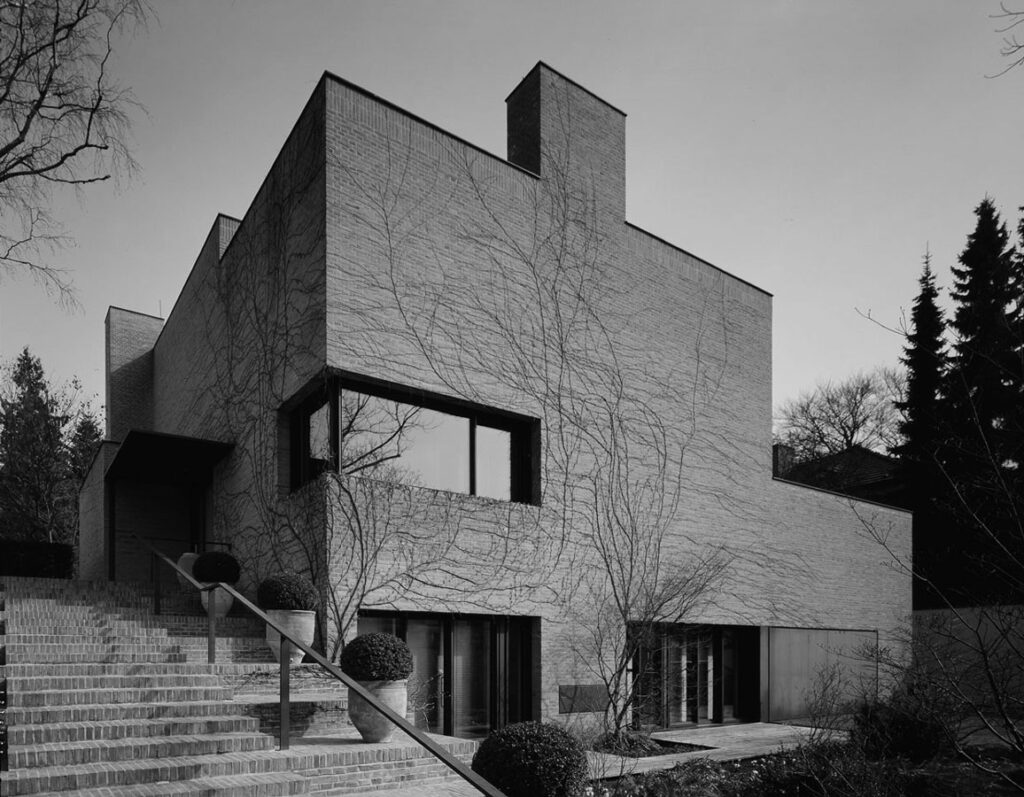 Situated in a leafy suburb in the south-west of Berlin, this house is organised around a south-facing courtyard overlooking a large garden. Enveloped entirely in a brick skin, the house gains a physical solidity reminiscent of the early Modernist houses of Erich Mendelsohn and Mies van der Rohe, especially the latter’s three projects of the late 1920s: Wolf, Esters and Lange. 1994-1996. David Chipperfield Architects. 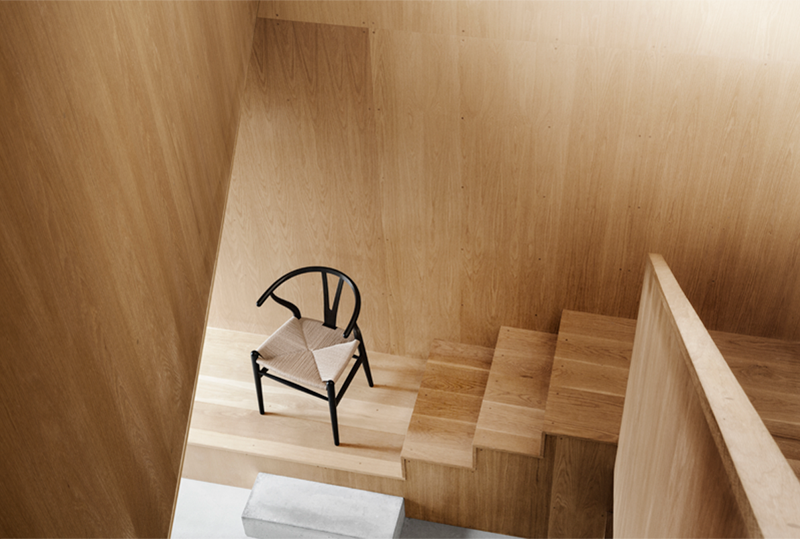 Hans J. Wegner designed the Wishbone chair for Carl Hansen & Søn in 1949 and it has been in continuous production since 1950. Despite the chair’s straightforward appearance it takes more than 100 steps to make one and the hand woven seat consists of more than 120 meters of paper cord. Carl Hansen opened his furniture workshop in Odense, Denmark in 1908 and still manufacture in a modern factory just outside Odense. Carl Hansen

This kitchen is a collaboration between Sebastian Cox and deVOL. Using only sustainable timbers, which have all been grown in England, with Birch plywood carcases, doors made from sustainable timbers such as Beech and Ash and the incorporation of beautiful and delicate woven panels, deVOL and Sebastian Cox have created a beautiful kitchen using timbers which are very often overlooked. deVOL 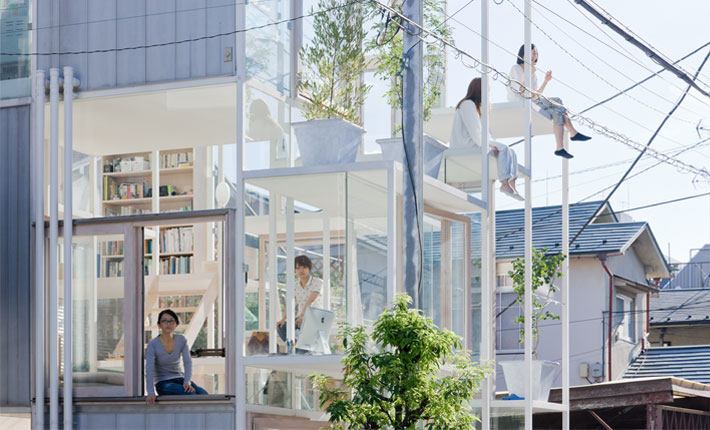 The Japanese House welcomes you inside the Moriyama House (2005), designed in Tokyo by Ryue Nishizawa (SANAA) and inhabited by Yasuo Moriyama, an enigmatic urban hermit. As well as the full-size recreation of the Moriyama House, the exhibition also features a Japanese teahouse and garden designed by Terunobu Fujimori. The Japanese House is the centrepiece of the UK’s first major exhibition exploring Japanese domestic architecture from the end of the Second World War. Barbican